Paul Ryan LIED… or so I hear
A liberal friend of mine assures me that Paul Ryan is despicable because he didn’t give details about his tax plan. Now seriously… that is NOT lying, it isn’t even dishonesty, it is just less information than he wanted.

But Let’s DO talk about HONESTY
We’ve been being fed a steady diet of White House officials pretending the burned consulate in Libya was just a “spontaneous protest” that got out of hand. It wasn’t about our foreign policy or the week the DNC sat around beating their chests {yeah, I almost said another body part} and pretending Obama is a Navy SEAL… it was a buncha guys that wanted didn’t like the movie.

[As any of Obama’s actor buddies will attest…  the critics can be brutal.]

Security Breaches? What Security Breaches?
Basically the public has been given the impression that nobody had a clue this might happen. Now in the case of Obama that could well be true, given he skips the majority of his security briefings… but his administration was criminally negligent in their handling of the situation. Today we find out DC had DENIED “repeated requests” for increased security placed by our diplomats in Libya.

Sacrificing Men to the God of Political Correctness – Deja Vu
This is not the first time we’ve denied our people on the ground adequate protection in the name of political correctness. Biil Clinton and Warren Christopher come to mind. Our men in Mogadishu wanted tanks and AC-130 gunships. What they got were Humvees and little bird choppers. Slight difference. We lost men as a result, when in fact we should have had no trouble had they had the correct tools for the job our government sent them to do. [See: Black Hawk Down]

So basically Secretary Clinton, who can’t possibly get out of the loop of responsibility for the denials of security requests… was following in hubby’s footsteps. And as soon as Baracjk found out our men had died he conscientiously skipped another intel briefing and flew off to a fundraising party in Vegas.

Obama LOVES being the president…
He just doesn’t want to do the work associated with the job. He wants to lead the free world from the guest couches of Letterman and The View. He wants to party with Hollywood stars. He wants George Clooney to throw him a party where people give him money. He wants to play golf.

What he does NOT want to do is meet with his jobs council, or key allies in the very region where this attack happened, or attend those boring old security briefings. Just not fun.

Great. The president of the United States is a freakin 5 year old. 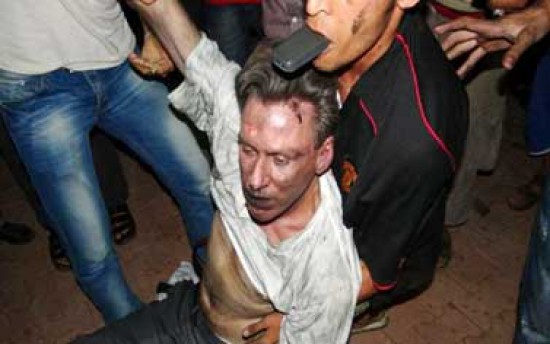 So tell me… how many people DIED as a result of Paul Ryan’s tax projections?

Please… let Obama be free to go party. Let’s get some responsible adults in the White House.

2 thoughts on “How Many Died from Paul Ryan’s Tax Projections?”