The voters have spoken*
Unfortunately what they said is that slightly more than half our country is dumber than a fence-post, and can be bought off with free stuff and empty rhetoric. Neat eh?

Don’t get me wrong, not all the free stuff is a bad idea
For example, I’m not entirely opposed to paying for birth control for women like Sandra Fluke and her ilk. I damn sure don’t want them to reproduce, and how much could a coupla hundred watt bulbs cost?

But bottom line, despite an economy in dire straits…
Over half of our country voted for someone with NO discernible skills aside from getting elected. Seriously, he’s handed BILLIONS to cronies, taken the economy from bad to worse, and yet our childlike electorate  re-elected him based on such inane motivations as “popularity” and “Obamaphones”. 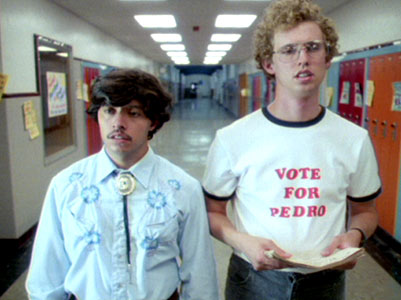 Just so we are all clear…
If any liberal complains about their economic woes after last night,  I will simply laugh at them. This is their baby, and they can live with the monster they’ve built. I didn’t vote for this buckethead, THEY did. Despite his record, they gave him a mulligan. It’s like having a flat tire and driving on it in hopes it will get better.

To paraphrase a woman that will no doubt soon be jetting off on another well needed vacation to some foreign beach, on our collective dime, to lounge in luxury while folks in the northeast still wait for power and light in the wake of a hurricane… For the first time I am ashamed of my country.

And as for the guys that either voted for a third party or sat this one out… if I were them today I’d paint a face on my ass and learn to walk backwards. Dang sure wouldn’t be bragging about it. Hope you guys enjoy Obama.  I did my part.