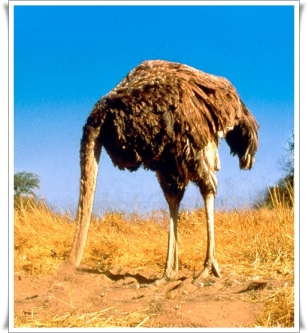 When the news broke of the bombs going off at the Boston marathon… the talking heads in the USA inexplicably began casting blame toward “right wing extremists”. Various idiots at CNN, MSNBC, NPR, plus idiots from Hollywood started to mention the TEA party, the NRA, etc….

Al Sharpton even piped up to use the bombing as evidence we need more extensive background checks on firearms (although this may have been due to a misunderstanding where Al assumed stainless steel cooking ware fell into the category of “firearms”).

Even the president was said to be pondering the link between the bombing and tax day… suggesting he believed the bombing was the work of those opposed to his tax hikes.

Then when news came that the bombers were Chechen immigrants who identified themselves as Islamic, the excoriation of the right ceased momentarily as the left scratched their collective ponytailed heads and wondered aloud why an Islamist from Chechnya might want to kill random Americans.

For the terminally occluded, here is a reminder: When you take your shoes off at the airport, it is not in response to savage murders perpetrated by the TEA party. You do not get X-rayed and/or cavity searched because of something the National Rifle Association did.

You endure this bullshit because of a string of horrific actions including the murder of 3000 Americans on 9/11 2001 which were perpetrated by ISLAMIC RADICALS. JIHADISTS.

Go ahead and say it. ISLAMIC JIHADISTS. There. Now you’ve said it aloud. This is good, because despite the administration backed efforts to purge such references from the lexicon, and convince useful idiots that the REAL threat to our nation is the TEA party or the NRA… the people who want to kill you are Islamic jihadists. They will not want to kill you less just because you…

Planting bombs might be considered evidence of a certain amount of hostility… if you were paying attention.