Today a surprised Barack H Obama expressed regret that he’d been president for 4 years and hadn’t realized it. 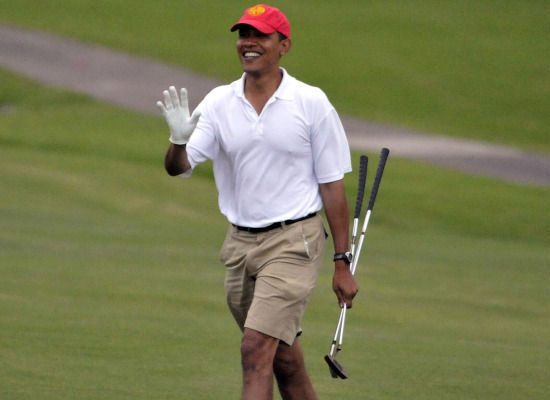 .
“I’d just come in from playing a round of golf and I walked into the clubhouse. The TV was playing. Then a news guy came on and said something about President Barack Obama” said the surprised former community organizer.

“Let me be perfectly clear… I was as surprised to find out as you must be. Hell, I thought George Bush was still in office. I’ve been blaming him for everything that’s happened all this time. Wow. Bet everyone thought I was a real dick for that.”

He added… “In retrospect, there mighta been some clues I missed. The free vacations. Famous people paying $33,000 a plate to eat dinner with us. That funny song bands played when i went by.”

A visibly embarrassed Obama vowed to “get his butt off the golf course and do something”.

At this time there’s no knowing how finding out he is president might affect policy, particularly in the scandal plagued executive administration agencies that’ve run amuck entirely without supervision… But optimists in DC hope cognizance might be an improvement.