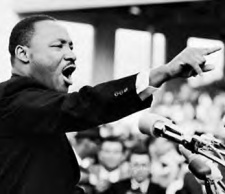 There’s an old joke where a man with a withered hand prays to God aloud, holding up his hands to the sky and crying “Please, dear Lord, make my hand like the other”… at which point his good hand withers.

Just like the cruel travesty of God represented in this joke about the importance of being specific…  we seem to have gotten it all backwards.

Fifty years ago Martin Luther King, a young charismatic southern preacher, boldly dreamed aloud of a day that his children would live in a land where a man was judged not by the color of his skin, but by the content of his character.

Sadly, though many had the best of intentions, electing Obama was NOT evidence we had matured to the point that we no longer judged a man by the color of his skin. In fact it proved the contrary. What we did in electing Obama was far from paying homage to King’s dream.

We elected him *because* of the color of his skin, consciously ignoring the content of his character. 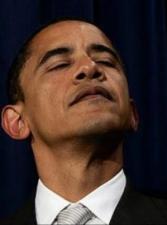 Now we are daily paying for our folly. Who knew the presidency was not a good place to experiment with handing the role to a corrupt rookie?

Had we not SEEN his color, the guy would never have been entrusted with the role on the strength of his resume.

On this Independence Day 2013, I again repeat the hope Dr King voiced so eloquently, that someday we have a country where a man is judged on the content of his character instead of the color of his skin. It is a grand idea. In leadership roles it will never be accomplished by lowering our expectations of the man, but by raising the quality of politicians we nominate.