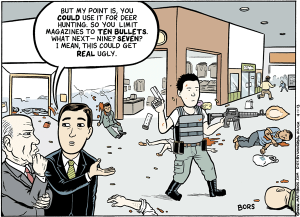 BLAME GUNS?
Was discussing the latest mass shooting with some FB folks. Naturally one pointed the finger at increased access to “killer weapons”.

Works if you don’t know we’ve LONG had easy access to repeating arms. The 15 round lever action Henry rifle was developed for the civil war. The semi-auto pistol still used by USMC was developed in 1911, it’s available in any gun store.

Most my age had semi-autos in dad’s closet if not our own. NO MASS SHOOTINGS. [They weren’t painted black. Maybe THAT’s it?]

There are a LOT of differences in how kids were raised before mass shootings. Access to repeating arms isn’t one of them.

Let’s look at what HAS changed:

And nobody got a trophy for participation, they understood in every game someone wins and someone doesn’t. They didn’t think it was “unfair” if they lost, they just tried harder.

The problem is societal, not hardware related. We need to figure out what and change whatever we’re doing to raise monsters, not change laws and post useless gun-free-zone signs.

If gun free zone signs worked… we’d post them in Afghanistan and the bad guys would just obey the sign, right?

Worth noting… I’ve yet to see press point out a shooter’s hobbies were 4H and calf roping. And trust me, those boys own and KNOW how to use a gun.

One thought on “Blame easy access to killer firearms?”