Recently read a nice bit where Oxford University Press explained that authors should avoid mention of pigs or pork or “anything else which could be perceived as pork” in order to avoid offending Muslims.

For starters, while it is possible I missed the companion articles explaining how writers could avoid offending Christians, Jews, Hindus or NASCAR fans… I suspect this might be yet another glaring example of the new sport of the left… selective sensitivity. You know, like when CNN announces they have a policy against posting “potentially offensive images of the prophet” within a few news cycles of publishing a pic of Jesus in a jar of urine.

Not exactly a consistent message, unless the message is “CNN is scared shitless of muslims”.

So in a helpful effort to level the playing field that will no doubt be as well recieved as a ham sandwich at an Islamic prayer breakfast, I’ll offer the Muslim community… {wait for it}…

The cartoon industry will at times print something you don’t like. I do understand this can be offensive… I for one think new Tom & Jerry episodes suck compared to the original.

Try to remember that if your god and/or prophet needs men with AKs to defend him, it tells the rest of the world he may not be that powerful to begin with. So just cool it.

-2- Do NOT kidnap and rape their daughters / small boys / livestock

This is important. When trying to portray your merry little band as members of The Religion of Peace… even showing limited support for those that engage in forcible copulation with our children and/or farm animals just sends mixed signals.

-3- Quit immigrating to countries then demanding they adopt your laws

We don’t give a rat’s rear that your idea of a perfect society requires that our women adhere to your 7th century dress code that insists they be covered head to toe in something akin to a death shroud. Neither are we interested in changing our diet to one of which you approve.

Hey, we don’t come to your mosque and force you to dine on Sausage McMuffins and Jack Daniels. Return the favor. If you want sharia law, move somewhere that has it.

-4- Do NOT demand privileges not provided to other religions

Hindus did NOT run jets into the World Trade Center, nor did Jews. Yet we offer no special no-go zones where only members of their religion can go and everyone must follow their religious tenets. Neither do we make changes to textbooks or news copy that favors their beliefs.

If we do not offer them such options, pretty sure it isn’t happening for you.

You’d be shocked how many societies disapprove of having their people beheaded. It is a definite no-no if you want others to think you know how to work and play well with other children. 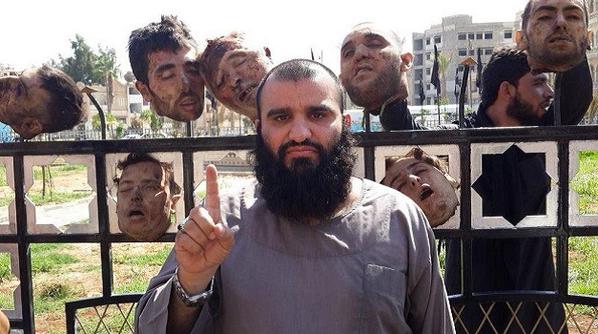 Seriously, I have no idea where I’d even buy a flag of yours to burn. Is there a US flag shop in every Islamic enclave that sells Old Glory and lighter fluid?

Please be aware doing this only serves to make some wonder aloud if we should selectively apply large thermo-nuclear devices to your breeding grounds. I can’t speak for all future presidents… some may be ill tempered. So just stop. Ok?

Added: If you think this conflicts with Tip #1, remember that while so far we do not kill those who burn our flag, yet there are NUMEROUS examples of people killed for anti-Islam cartoons and the like. So I’m cool with either you stopping, or us starting. PICK ONE.

Everything that pisses off a Muslim is said to be “islamophobic“.  Quick English lesson. “Phobia” involves something one is scared of. We’re not scared of Islam. We are however pretty sick of it.

This one encompasses all that precede. Don’t tell us Islam will dominate us, don’t expect us to respect YOUR prophet, and (this one will be on the test) do NOT scream Allahu Akhbar unless you want small arms pointed your direction. This is especially crucial while on commercial aircraft. 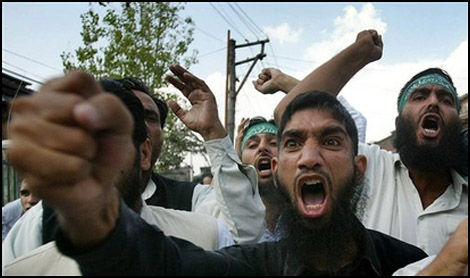 I attended college with many who came from Islamic nations, and most were happy to be here. Many chose to stay. But if you cannot assimilate into a country to which you move… toddle back to the third world rat-hole from whence you came.

Trust me, if you can’t peacefully join our culture, you won’t be missed.

2 thoughts on “How Muslims Can Avoid Offending Christians”