“Islam is a flawed and violent cult wherein deluded people follow an example set by a murderous psychotic pedophile” said a visibly angry President Obama. He then vowed to “destroy Isis, burn their tents, and kill their $#&!!! camels.”

Just kidding. He was doing The Wave at a baseball game with the dictator of Cuba. 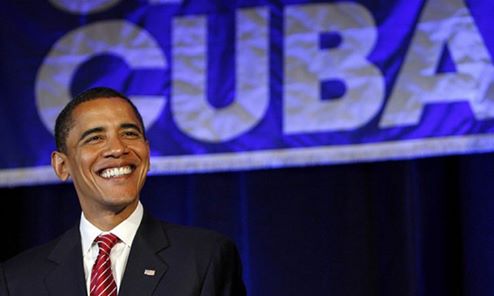