Since the Mueller report came out and failed to substantiate the Russian collusion meme, I decided to spend a bit of my day off watching MSNBC for entertainment.

Their struggle to deal with this reminds me of an old poem…
“As I was going up the stairs
I met a man who wasn’t there.
He wasn’t there again today.
I wish I wish he’d go away.” 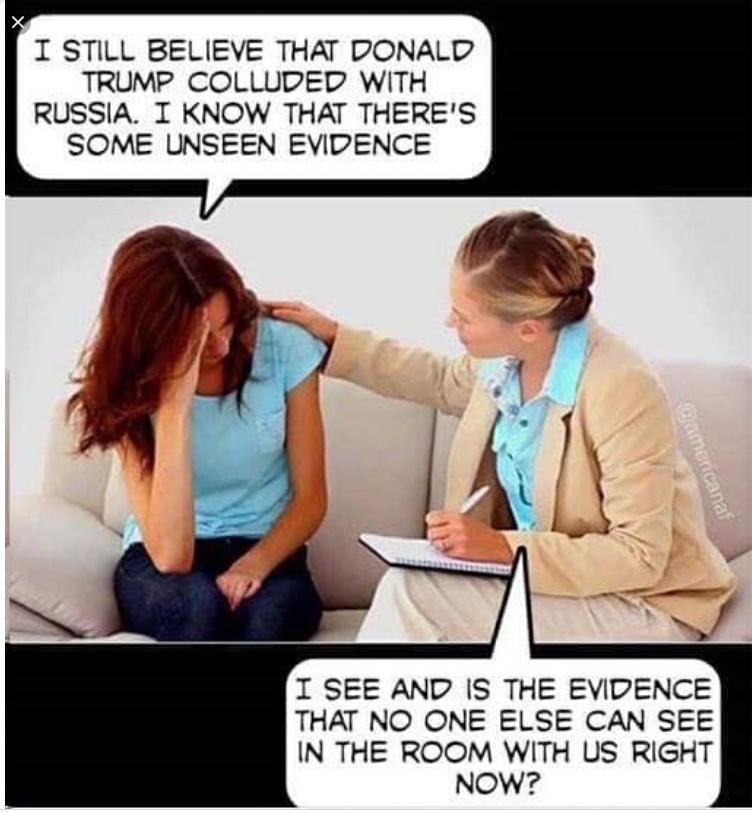 Seriously. It looked like a Situation Room during a crisis as they pondered aloud how to proceed. They uniformly agreed that “this is not over” as they marinated in the soothing presence of their echo chamber where everyone agreed with them.

Then they played a clip of Rep Jerry Nadler, who like Adam Schiff and others, has taken the tinfoil hat to a new level, saying it’s “just too early” for {whatever}. He’s the guy still planning his attack on the other team’s defense as the lights on the field are being shut off after the game.

MSNBC should not be mistaken for a news outlet. They’re a cadre of homely DNC cheerleaders. It doesn’t matter the report they have told us for 2 years would bury Trump didn’t bear out their hopes. They’re invested in their goal of taking him down.

How sad for them. Guess Walmart needs to stock up on coloring books. Bunch of folks will be hitting their “safe spaces” again.

I’m Rob Jones… and I approved this message.

One thought on “TO THE SAFE SPACE, ROBIN!”