Bergdahl walks without a jail sentence. After 6 men gave their lives looking for the confessed deserter and others were injured or maimed in the effort.

The military judge stated in writing prior to sentencing that the harsh criticism Donald Trump made about Bergdahl would be his reason for a lighter sentence.

I notice he didn’t mention the prior president threw a Rose Garden party for little Bowes pro Taliban mommy and daddy, and trotted out Susan Rice to claim Bergdahl “served with honor and distinction”. At least Trump’s words actually matched the facts of the case.

The judge is an Army Colonel. Love to be on the review board that decides if he ever gets a star. He owes an apology to the families harmed by Bergdahl’s actions. 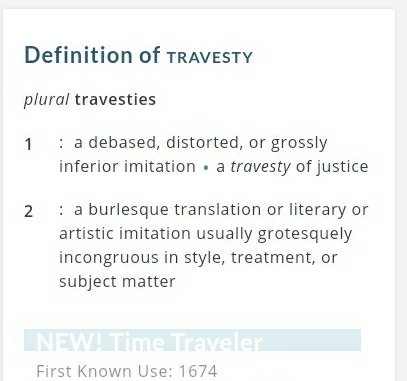 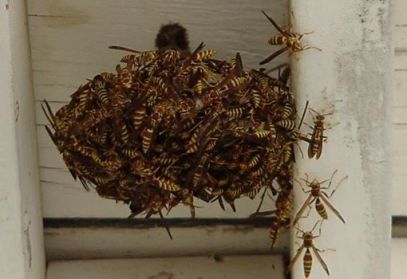 I might not have a bunch of counter-terrorism credentials, but where I live… if you boast you “scored a major victory in the war-on-yellowjackets” every time you hit one or two with a can of Raid AFTER they sting you, and you STILL haven’t burned the nest to the ground… I don’t care how old you are, come Thanksgiving they’re gonna have you sitting at the kids table.

IN THE NEWS
By presidential executive action the USDA has been granted $1.2 million to enact a study on why Democrats never make a profit farming chickens. 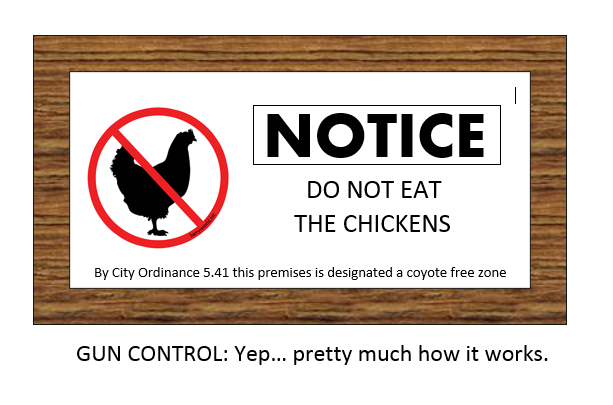 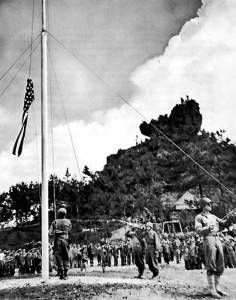 Today marks the 70th anniversary of the end of the Okinawa race riots.

Afterward a group of largely white Americans celebrated the atrocity by raising their racist flag over land they’d stolen. FBI informants verify this flag has been used as a symbol of hate in many other military style attacks, including violent hate crimes perpetuated against Asians by white skinheads at Tarawa and Guadalcanal.

The gang believed to be responsible for these and other attacks is known to relish their history of racial violence, even singing songs celebrating displays of anger in places ranging from the halls of Montezuma to the shores of Tripoli.

Though conspiracy buffs contend the attack was planned & coordinated in military fashion, sources in DC indicate it was likely just a spontaneous response to a vicious and racist John Wayne movie.

President Roosevelt went on radio to assure all that Bushido is a creed of peace… and warned racist white Americans that “the future must not belong to those who slander the emperor of Japan”.

Before the election in November, Obama stated that even though HE was not on the ballot, every one of his programs WAS.

Then the election results went for the GOP in overwhelming numbers.

In Texas,  where Obama campaign veteran Jeremy Bird was dispatched to “Turn Texas Blue!”… Dems lost EVERY statewide election. Not most… ALL. And Wendy Davis, the reason the Dems thought they had a prayer, lost in historic fashion. Almost 2:1.

So after getting beat like a rented mule… Obama announced he “heard the voters”, but ALSO those who did NOT vote. [Huh?!] 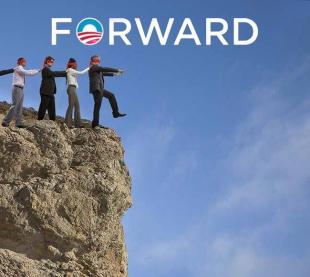 Apparently his crystal ball told him everyone who didnt take the time to get off the couch and vote really loved HIS agenda.

As I do not own a crystal ball myself, I can neither confirm nor deny his assumption, but there are reasons to believe that Obama fans include the physically and intellectually lazy.

In keeping with his contention he is the king of those too stupid to take part in the electoral process voluntarily, Obama is floating the proposition that voting be “mandatory”.

You know, cause nothing says “land of the free” like government telling you what to do.

Granted, given the result of the November election, he hasnt a snowball’s chance in hell of getting legislation to make America subject to the whims of our laziest constituents… But then the boy king does like to write presidential fiats to try to circumvent the legislature. If he tries this one he’d probably learn the meaning of “smackdown” from the Supreme Court.

Hard to believe even HE is that dumb.

Then again, every time I think he cant get lower, he grabs a shovel. 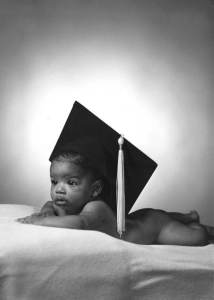 Family points out that notwithstanding prior criminal convictions… “he a good boy who love his momma and gonna apply to Harvard soon as his ankle monitor comes off”.

Stated his mother, a single crack whore just trying to make a living in a world of white privilege… “I axe you, can’t accidently shooting a cop or two happen to anyone?”

Asked for comment, the president emphatically denies Jeffrey is one of his imaginary sons. Meanwhile, Ferguson protester Deray McKesson indicates his sources verify Mr Williams is secretly a member of the KKK.

This series following contributions of famous community organizers today celebrates the work of a president often likened to President Obama… by President Obama.

In 1865 following the historic surrender of Lee to Grant at Appomattox Courthouse… President Lincoln fulfilled his campaign commitment to withdraw all US troops from the states with whom we were at war. Though General Grant and his entire staff cautioned against the move, claiming it would leave a power vacuum… Lincoln boldly refused to be deterred.

Let me be clear. We will not be an occupying force. That’s just not what we’re about.”

Initially sensing a trap, southerners held off acting on the unexpected turn, but shortly thereafter they rebuilt their own army and set up a new government led by a man freed from US custody.

Today a statue of Lincoln stands in the public square of Richmond, capitol of the Confederate States of America. The inscription reads “To our great emancipator”.

The statue was built using the labor of over 200 slaves.

Let us not forget the great community organizers amongst the founding fathers. Chief amongst them, George Washington… remembered today for his historic trade of five Hessian commanders to retrieve Benedict Arnold.

Washington subsequently honored Arnold in a ceremony at the White House Rose Garden, which confused many since the White House did not yet exist. Though his soldiers persisted in pointing out Arnold had defected to the British and Washington had previously stated he would not negotiate with Hessians, he boldly refused to be swayed by their negativity.

“Remember our Community Organizer credo” he said. “We never leave a man behind.”

Arnold was subsequently given multiple promotions and all back pay he’d missed while in Great Britain. This was unfortunate for him, as he was hung by redcoats after Washington lost the war.

As they now say in DC… God Save the Queen.

I’ll never forget that great moment in Texas history when, rather than rallying troops to battle with a cry of “Remember the Alamo”… Sam Houston instead blamed the loss on the wholly insensitive treatment of Hispanics in the movie “Butch Cassidy and the Sundance Kid”.

“Let us remember… the future must not belong to those who insult those south of our border. Mexican bandits built the very fabric of our nation.” ~ Gen Sam Houston

Afterward, Houston declared victory in the war against Santa Anna and withdrew all troops to Baton Rouge Louisianna per his previous campaign promise.

That is why, as we all know, Texas is the northernmost of Mexico… though we have a bit of a problem with Texans swimming the Red River to seek a new life in Oklahoma.

Face it. Replace Sam Houston with Obama… this post would be in Spanish.

Today marks the 70th anniversary of the battle of Iwo Jima, which we won after Franklin Roosevelt wisely observed… “We cannot kill our way out of this war… we must concentrate on improving the Japanese economy and providing them viable job opportunities.”

Then we held a giant job fair at which we hired over 20,000 Japanese soldiers to create cheap transistor radios and cars that get better gas mileage than ours.

There’s a very good chance it would not be the same one as now.