A few of us have been discussing possible police misconduct
In a few cases… using the word “possible” gives too much credit, like saying “alleged murderer” when talking about someone caught red-handed shooting up his cohorts on a military base while screaming “Allahu akhbar!”.

But I’ll pass on a quick story that came to mind, not because it is a sample of misconduct on a scale remotely approaching that of the videos we’ve been discussing, but because a joke I relayed reminded me of it. But for that to make sense, guess now I have to tell the joke first. 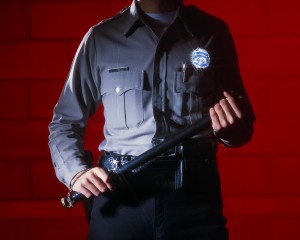 The Traffic Stop Joke
Two guys get pulled over for speeding. Driver gets out when ordered to do so. Things go bad, and next thing you know, the driver gets whacked with a nightstick. Then the cop calmly walks around to the passenger side, and via the open window whacks the passenger, who until now has not said a word, just as hard.

The passenger says “HEY! What the hell was that for!?”

Cop replies… “Just making your wish come true, son, cause if I hadn’t… soon as your buddy got in the car you’dve said ‘Boy I wish he’d have tried that stuff on ME!‘ “

My West Texas Traffic Stop (NOTE: Not quite as colorful)
I was driving my sister’s ’64 VW home from Texas Tech for Christmas.  [I have more than one horror story that begins “I was driving my sister’s ’64 VW”… and I will point out eventually I quit doing that. In her defense, she coulda told me to walk. ] It was a cold west Texas night. It wasn’t “chilly”, it was “You could serve coffee on a stick” sorta cold.

This particular VW didn’t have a working heater, which is kind of amazing considering a VW heater at the time was just a vent that sent you air that’d run over the engine first. Pretty simple. But this one wasn’t functional.

In addition, this on had a hole in the passenger floorboard, so the faster you drove, the faster the cold came into the car. Combined with the lack of a heater, this was roughly the equivalent of driving a Frigidaire with wheels on a 5 hour trip.

But this trip would be more than 5 hours, because my buddies were similarly too broke to have a decent ride home, and I had two of them so hard up they rode with me in that mobile ice chest. 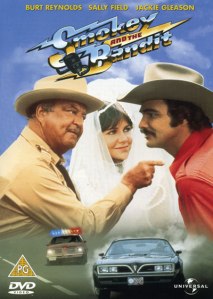 We’d already dropped one in Bronte or Breckingridge or some such outta the way burg, and it was me and Bic Sherman in the middle of nowhere headed east toward civilization when the lights of the police car came on and alerted us of an unscheduled stop we were about to make.

I pulled to the side and the cop parked in front of me. I watched in stupification as a guy in a smokey-the-bear hat stepped out of the car and, this is true… removed his aviator sunglasses. At about midnight. [This was not gonna be good.] Looked like a scene outta Smokey and the Bandit, though while I was prettier than Burt Reynolds, Bic looked nothing like Sally Fields, and we weren’t driving a hot Camaro.

Like any college freshman who could, I had a growth of fur on my face simply because I could. I had what would now be considered long hair, though by 1976 standards it wasn’t that long. I wasn’t a hippie, but I wasn’t wearing a high and tight (which for the record… the guy I was about to talk to was wearing). 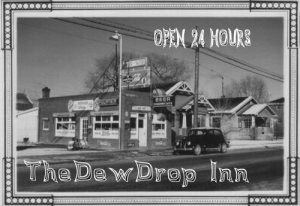 He was a caricature of a self-serious no-nonsense Georgia Patrol guy. Or maybe an overweight German storm-trooper. I felt like the guy in Charlie Daniels Band’s song “Uneasy Rider” when he walked into the Dew Drop Inn. And my hair wasn’t even long enough to tuck under my cowboy hat anyway.

The cop said he’d clocked me at {insert really high speed here}.  I don’t recall the speed he quoted, I just recall explaining that it’d be hard to get this beater ’64 VW up to that speed with the aid of a downhill stretch and a tail-wind… and I had neither. Then I held out the keys and offered to let him try.

He made it very clear he wasn’t happy with my response. He commenced to discuss my attitude in a fashion that spoke volumes about what’d happen if I continued to anger him. I was in the middle of nowhere talking to an armed man who gave me every possible impression he didn’t like me, people my age, hippies, smartass college boys, and a lotta other stuff. I don’t remember all the words, but I distinctly remember the tune. It was intimidating.

So in the interest of self preservation, I said “Yes sir” and “No sir” a whole bunch until he figured out he was NOT going to get anything resembling an excuse to do more than give me a ticket for a speed I could not possibly have been going. He gave up and wrote the ticket, and let me slink quietly back to the Frigidairmobile.

Bic immediately began to do exactly what the passenger in the joke at the top of the post was accused of. You know… “Boy if he’d talked to ME like that I’d have…”. I’m sitting there thinking “Great… if we get pulled over by ANOTHER sunglasses-wearing-small-town-Nazi before we get home… YOU get to handle it”.

Fortunately for us both, we didn’t have to test that theory. I paid the ticket by mail, and life went on. Wasn’t a great moment for social justice, but I was happy to get outta that county with nothing more than a dumb ticket.